The Studio joined forces again with Director Ceri Payne on his latest offering for Discovery’s Quest channel ‘Car’s That Rock’.

The promo features Brian Johnson from legendary rock band ACDC driving his beloved Ferrari through the Florida countryside, literally burning rubber as he blasts through frame!

Ceri went out to do the live action shoot in Florida and came back with plates which The Studio team had to camera track, then create burning flames and smoke to composite onto the wheels of the car. They also produced flaming tracks which are left as the car powers through shot.

Flames and smoke were created in turbulence FD, a CG match moved car was created in C4D to create the real shape of the Ferrari for the CG elements to work against.
Compositing was done in Nuke and tracking in PF Track with the final conform finished on Smoke. 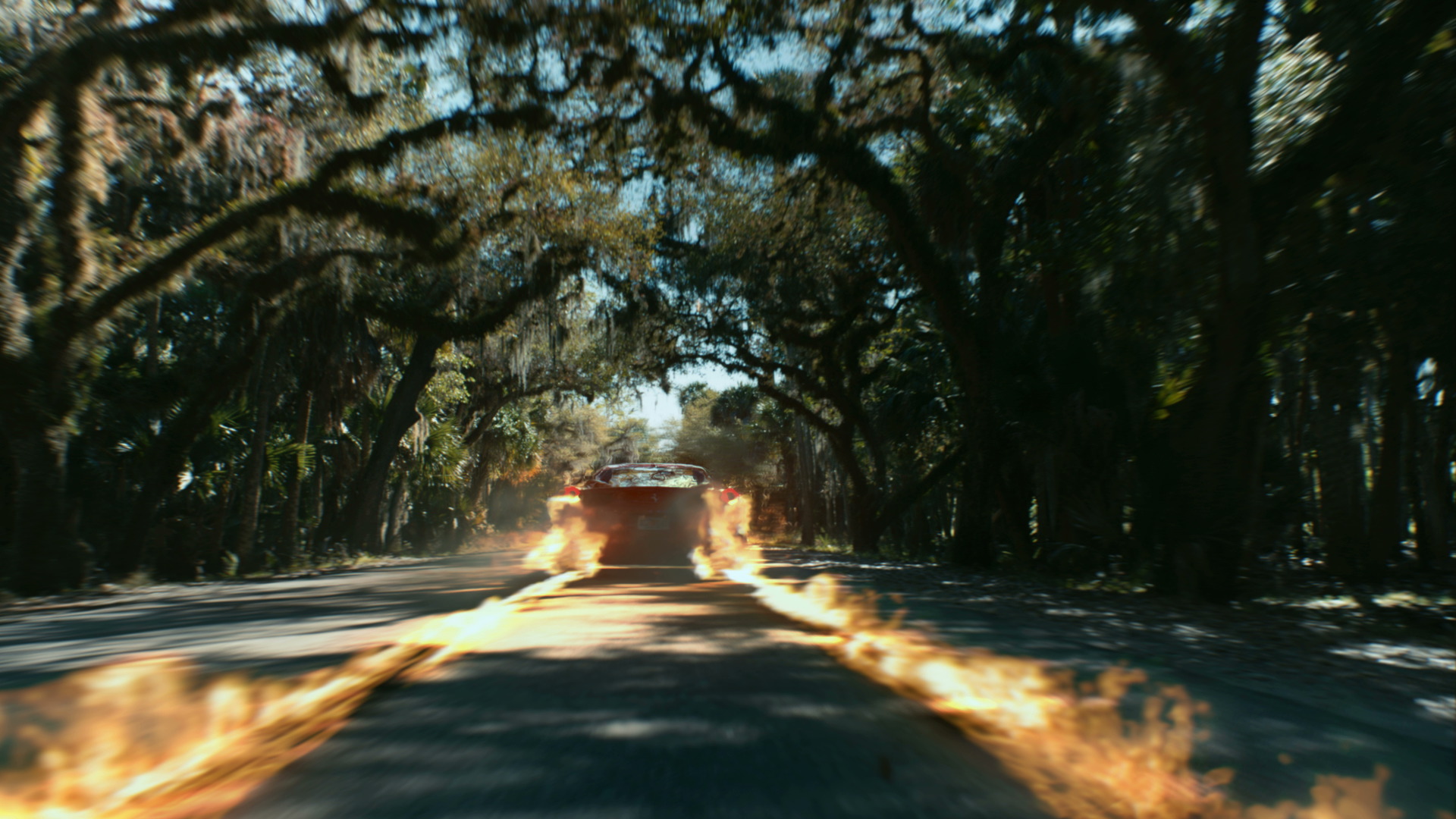 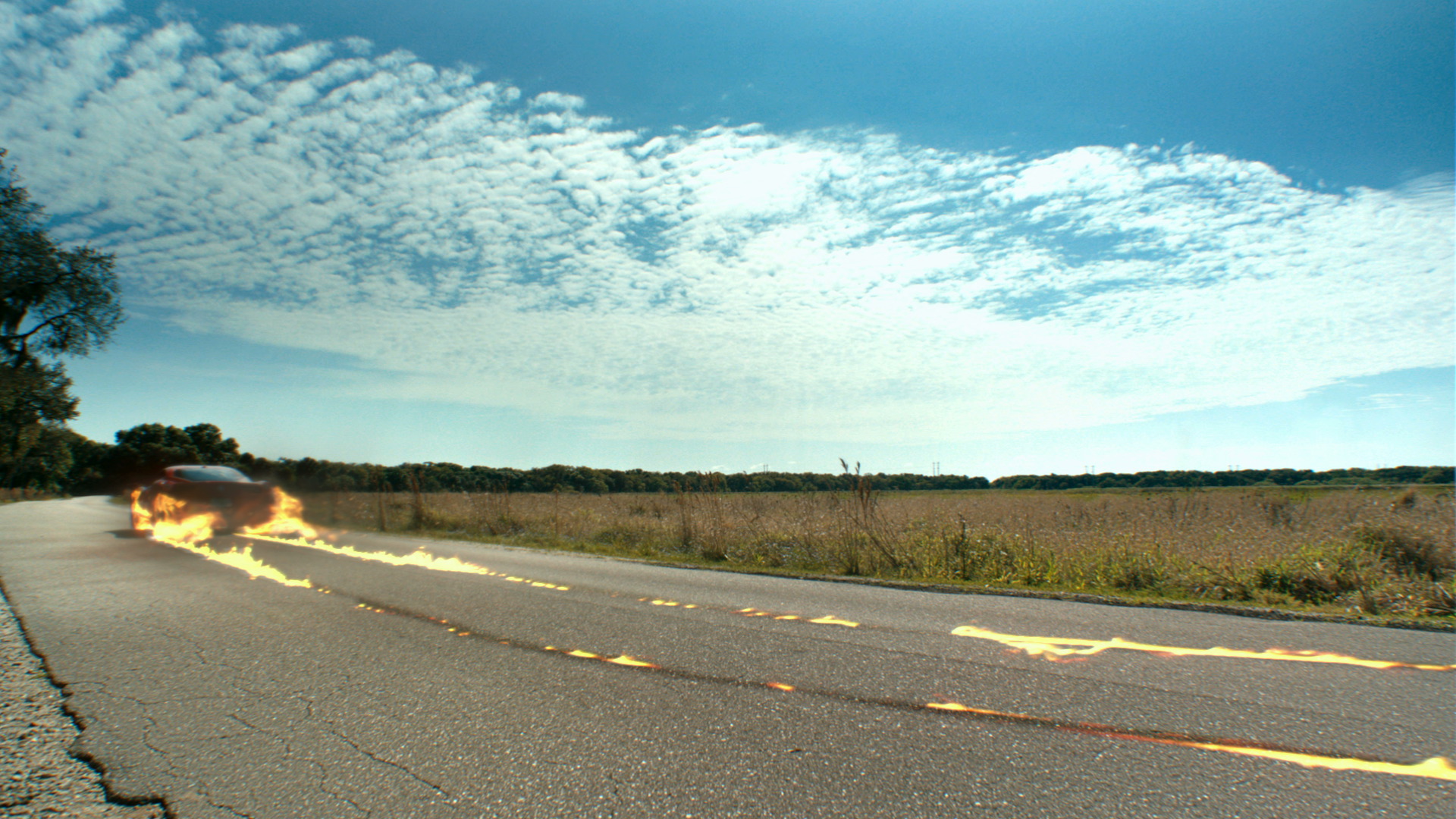 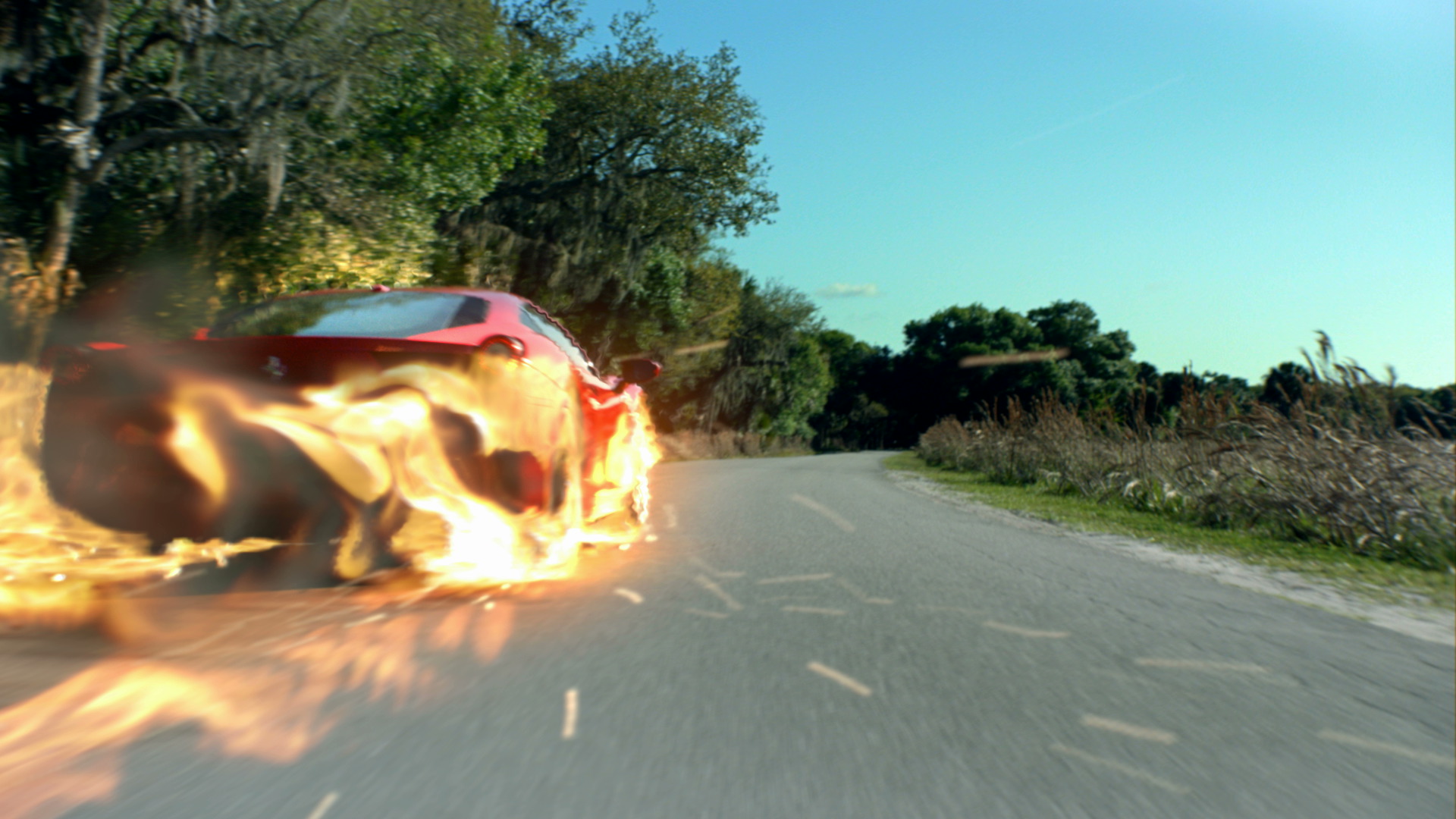 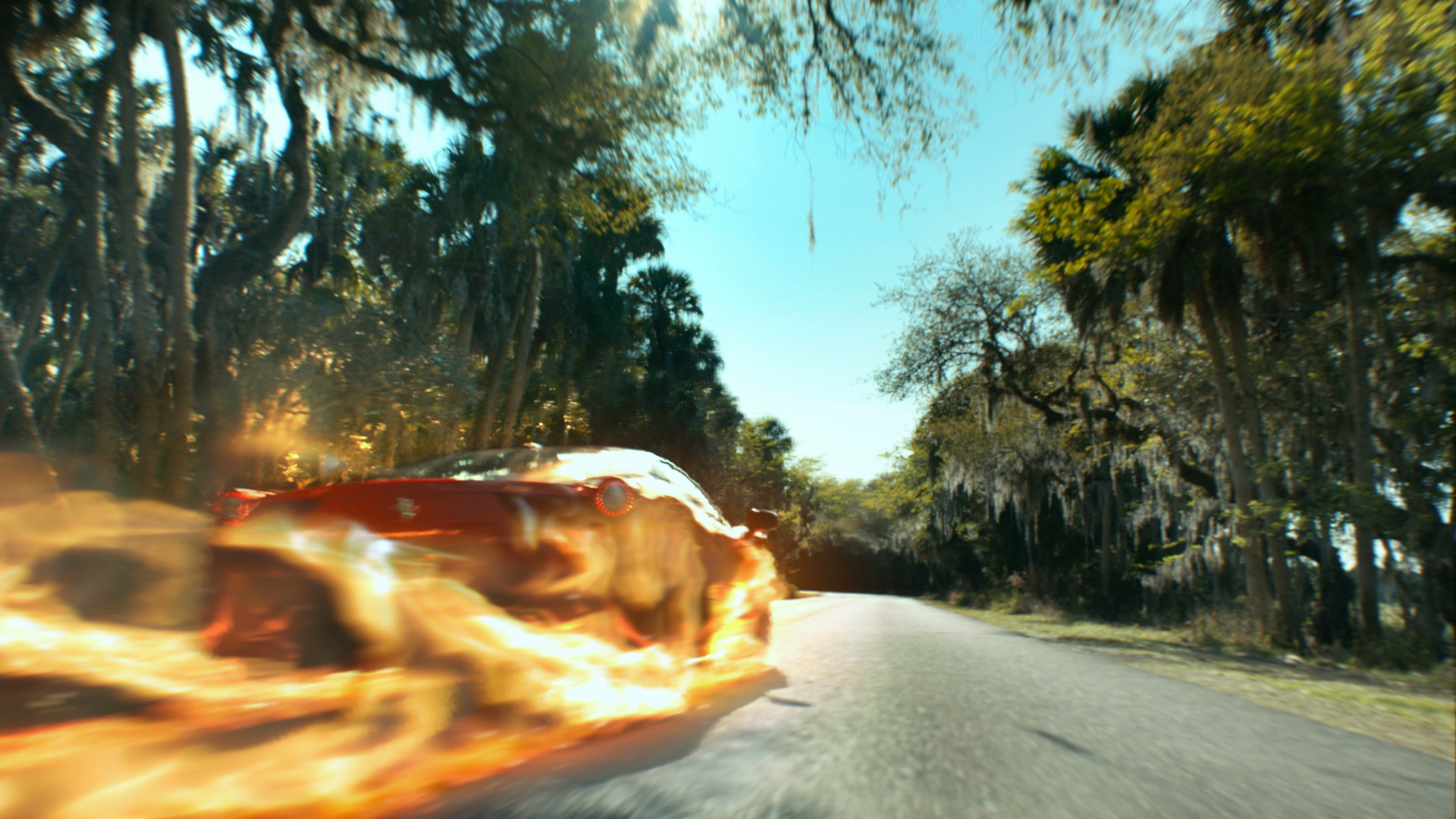