Chicken in the basket

The Studio had the pleasure of working with Riff Raff director Casey and Ewan on the latest Leftfield music video “Head & Shoulders”.

The video consisted in an evolving journey of a monster that grows not only in size but also in its look, from hand drawn to stop frame to 3d animation.

The Studio was asked to work on the 3d section of the video. The main references were low res, highly saturated, overall wrong and glitchy videos from early 90’s 3d video games and movies.

The team started creating an animatic, invaluable for timings both for the 3d artists and the director.

Along with it, Jason Williamson, singer of Sleaford Mods, has been shot lip-syncing the song using three cameras, in order to create an unwrapped texture for his 3d face model.

As soon as we got the style frames for the monster, we modelled, sculpted and textured it. Then we rigged it, added dynamics for the dreadlocks and created a setup in order to easily control the glitches.

We then modelled the environments, trying to add another layer of graphic evolution, starting from the stomach and the city quite low res, to the eclipse and the sky scenes more complex and more realistic (if you’re brave enough to believe in a flying monster eating powerplants in the sky).

The eclipse and the sky shots were the most challenging and fun to work on for us: we projected the backgrounds in nuke and, on top of that, made use of 2d relighting tools to enhance the light effects.

In every shot we used loads of c4d xpresso scripts, pyroclusters, x-particles for the dandruff storm (!!!)

Over all the team had a little over 15 days to complete the project.

The promo is airing now. 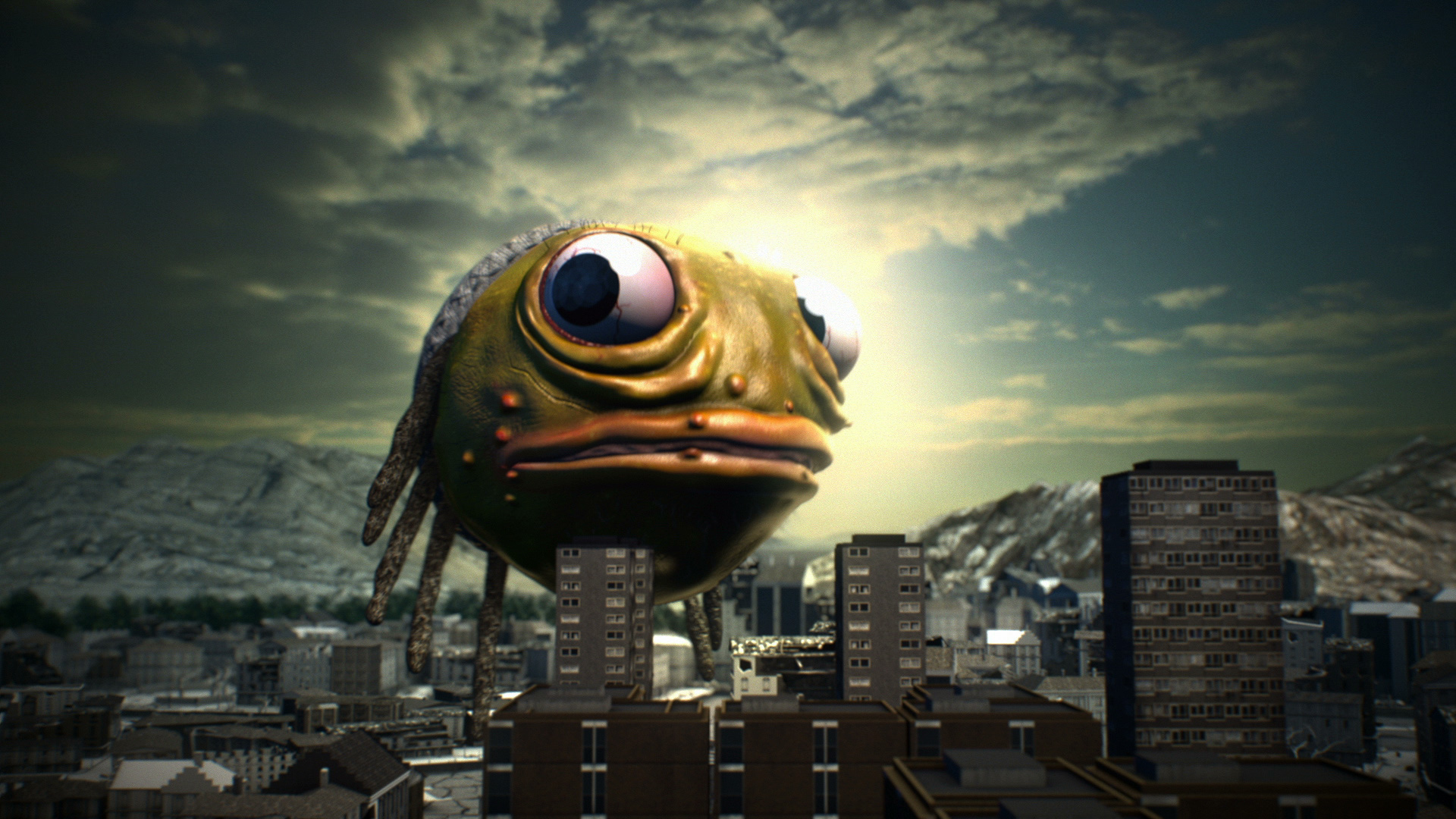 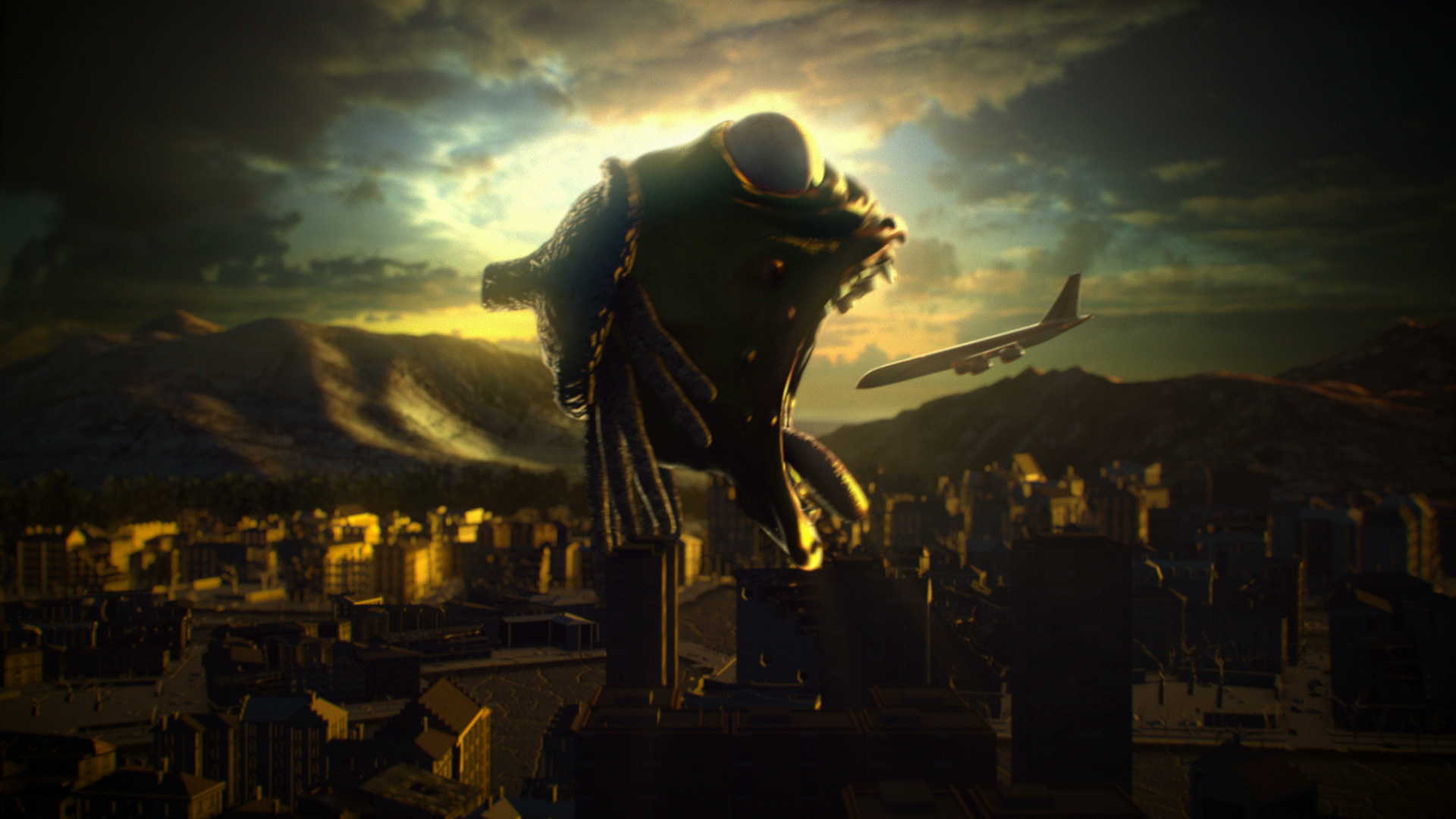 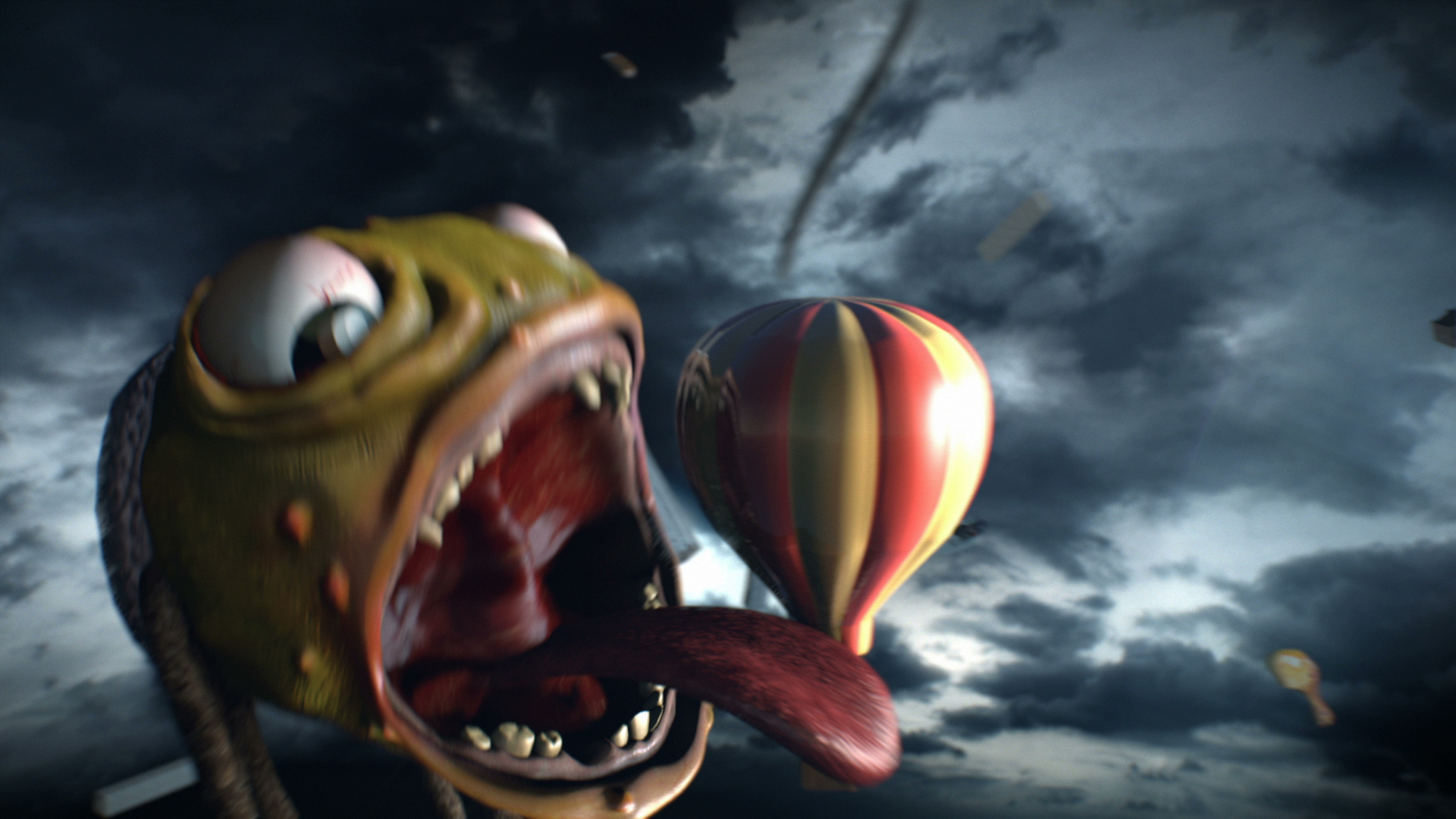 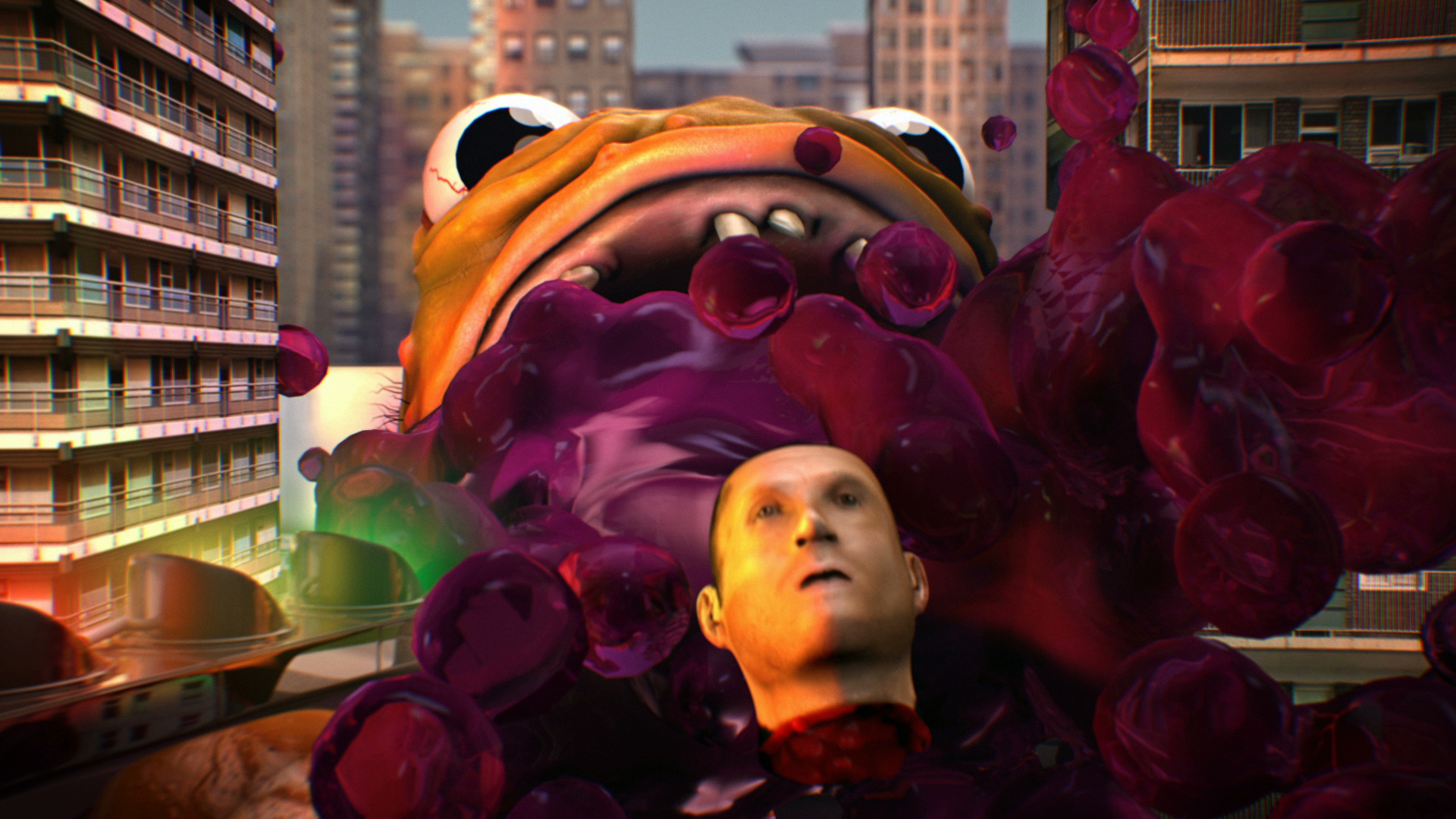 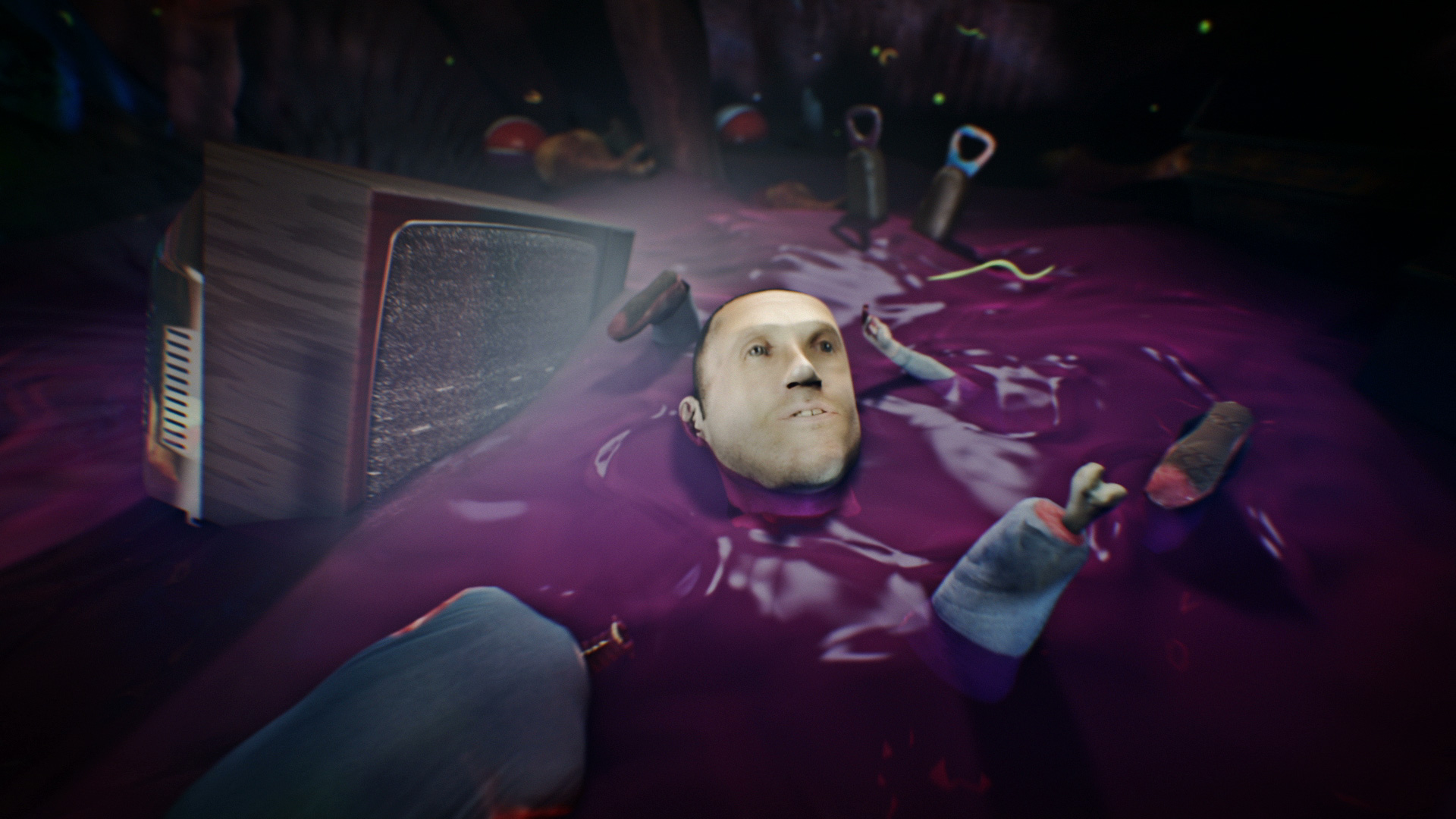 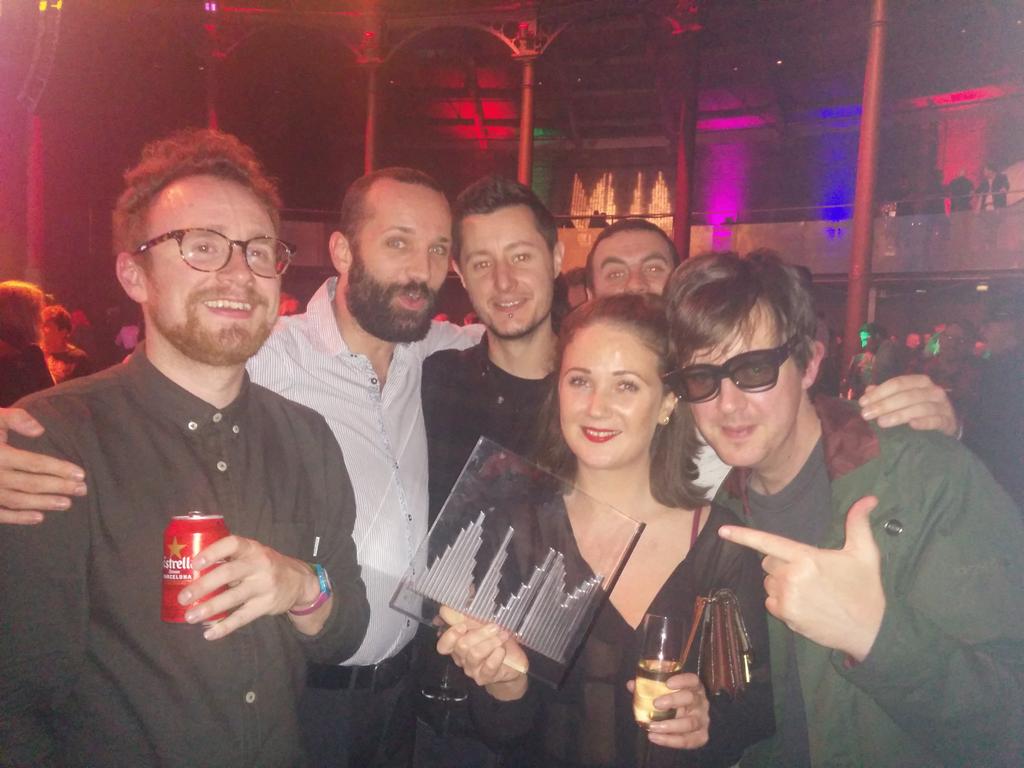