Created to produce an infinite corridor, The Cave is a black and white back projection mapping installation that explores the ways in which the perspective can be seen and visualised.
With the simplicity of just few edges, The Cave drags the audience on an impressive journey, from a peaceful state through a dubstep chaos.

When it comes down to projection mapping, the creative process is strictly connected to more tangible limits, like the space and the ambience light of the “stage”.

First of all, the room must be as dark as possible and there must be enough space for the projector to “throw” its light onto the surface.
At the CR Annual launch party I had a narrow room of approximately 4sq meteres, that could allow 6 people maximum at each time. The main problem that I had to face were the possible shadows that the viewers could have cast with a usual projection. That could have completely killed the installation.

To solve this problem, I tried to create a back-projection mapping (my very first time and, as far as I know, the first ever).
I modelled the “stage” in 3D and played with it in Cinema4D: a truncated rectangualar pyramid could morph into an infinite corridor. Escher, there’s no need to say it, has been the main reference for my animations: playing with different camera focals, inverting the perspective of the pyramid and creating holes, I wanted to cheat the reality. The black and white worked perfectly to enhance the contrast of the projection itself.

To allow the back-projection, I’ve built the pyramid with a laser cut clear cast acrylic and covered with frost film to allow the light of the projector to bounce on it.
I suspended the pyramid with fishing wires to the ceiling, trying to give the illusion that the structure was floating.

Interviews about The Cave:

Creative Review.
The Cave has been featured on Dotmogo. 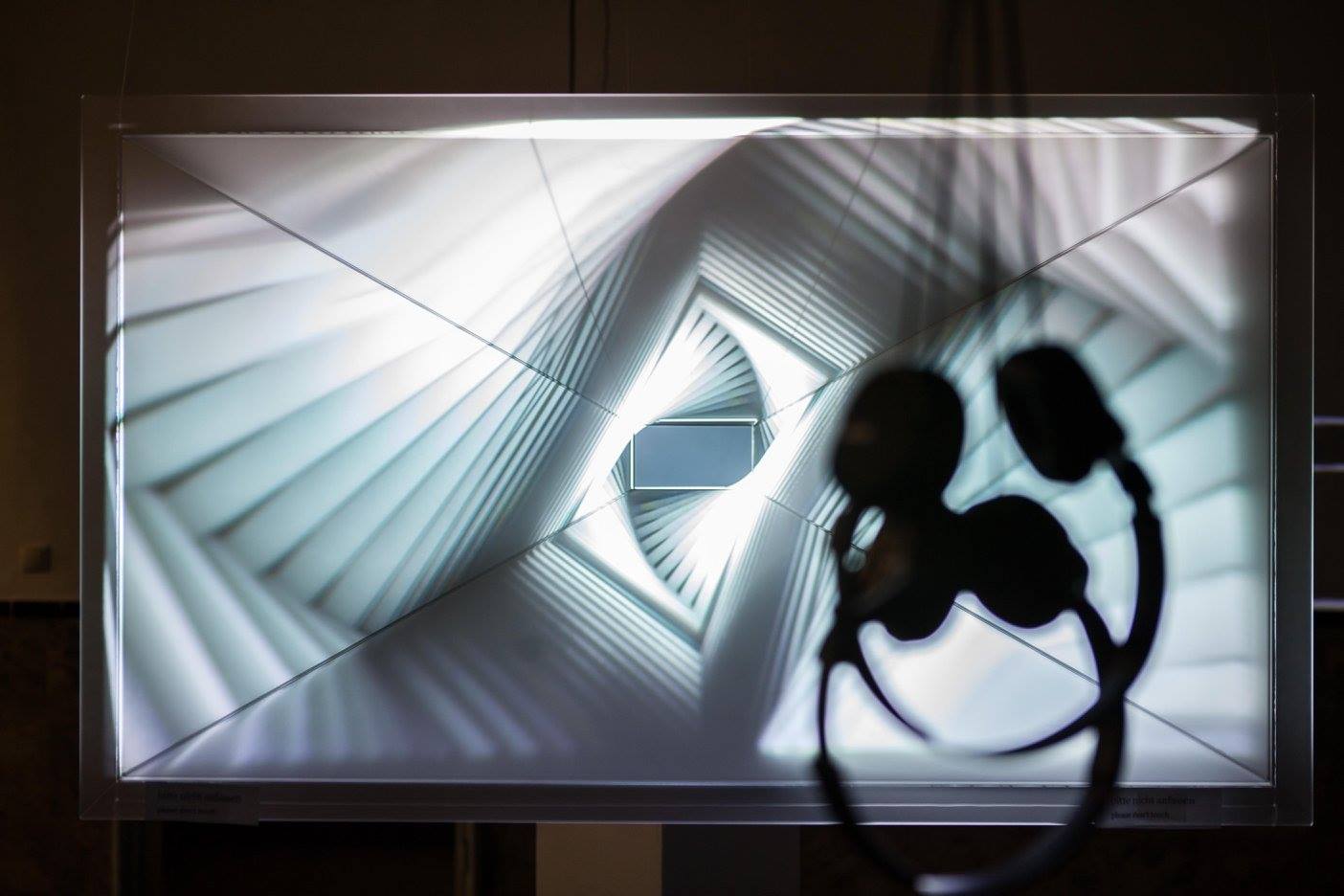 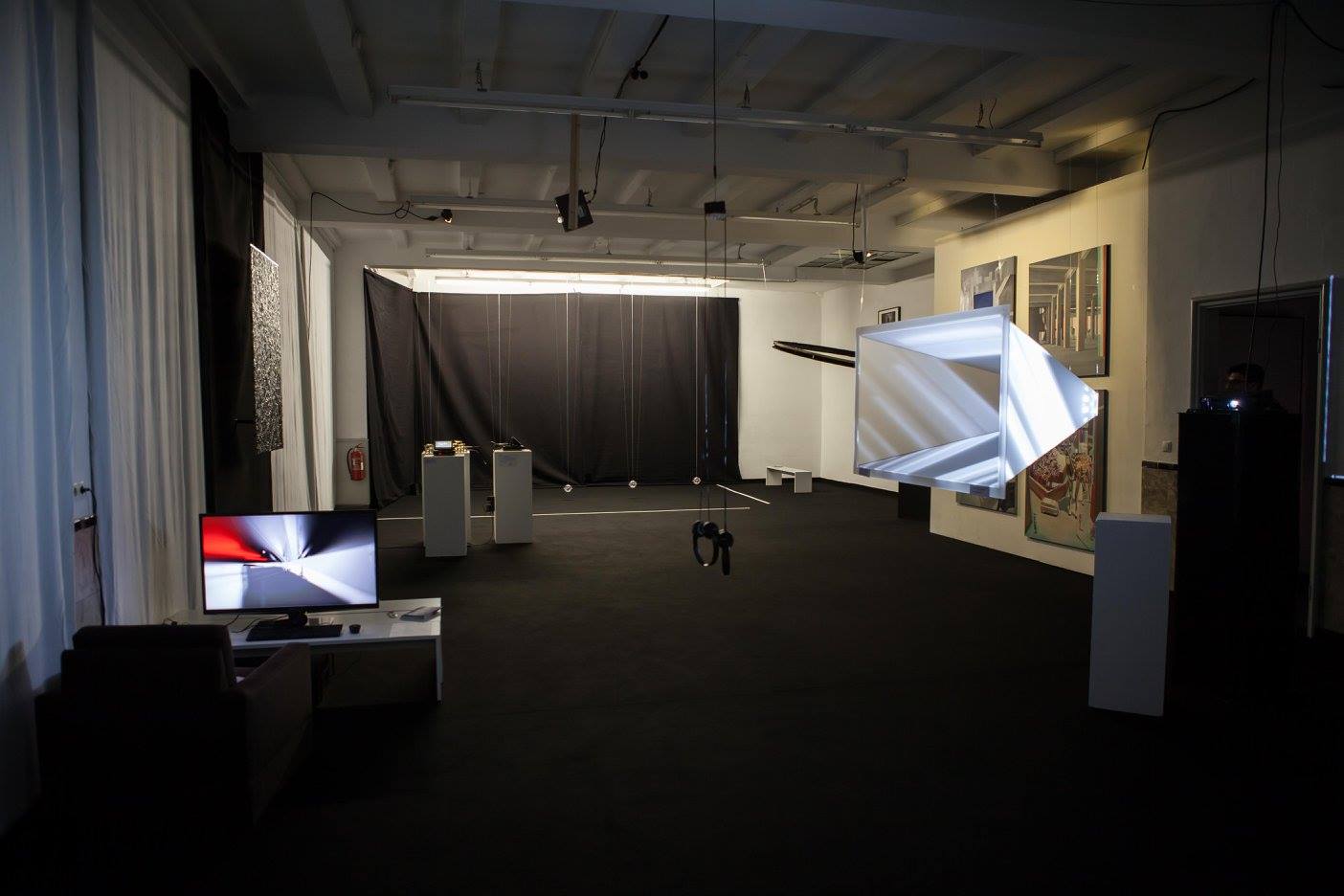 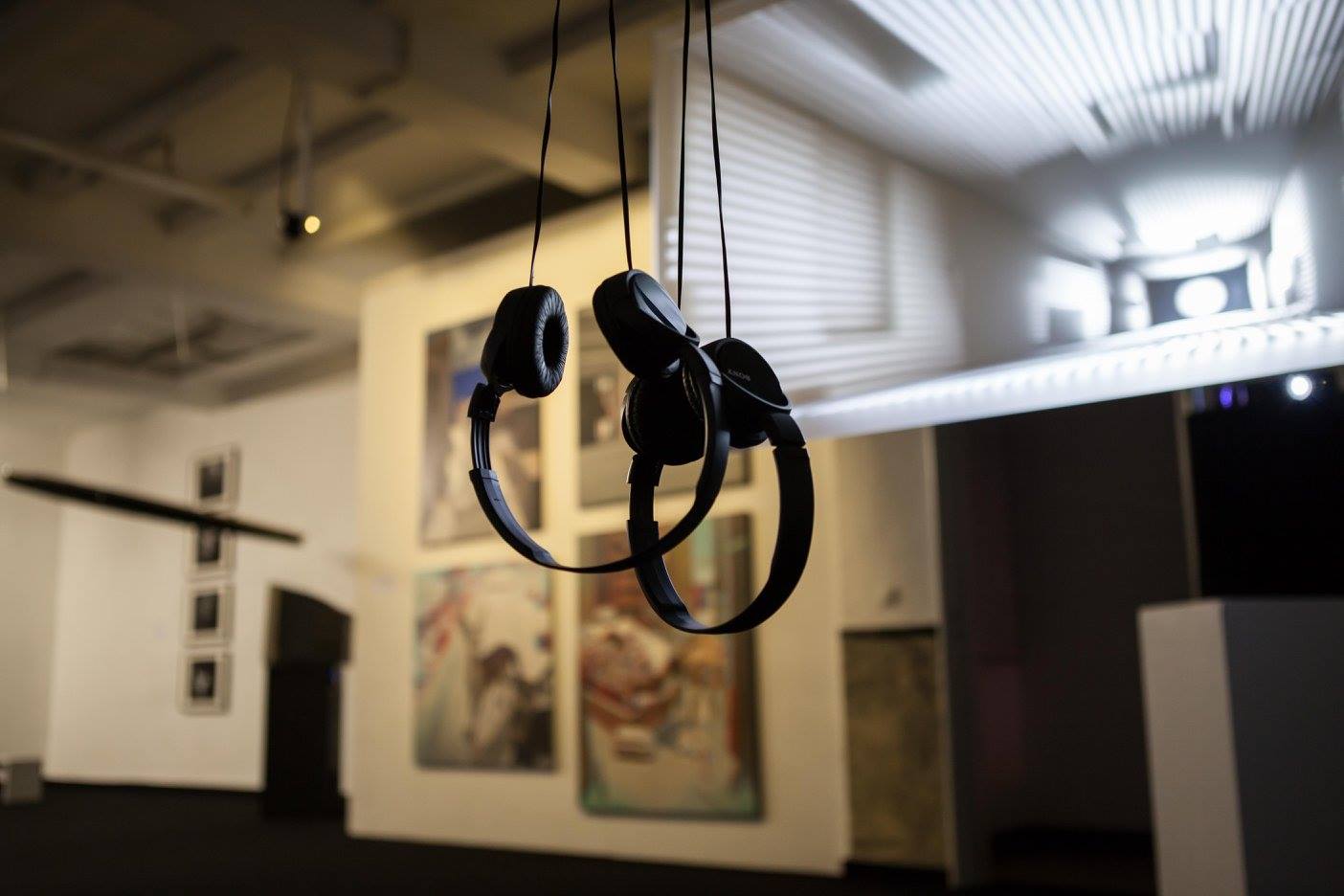 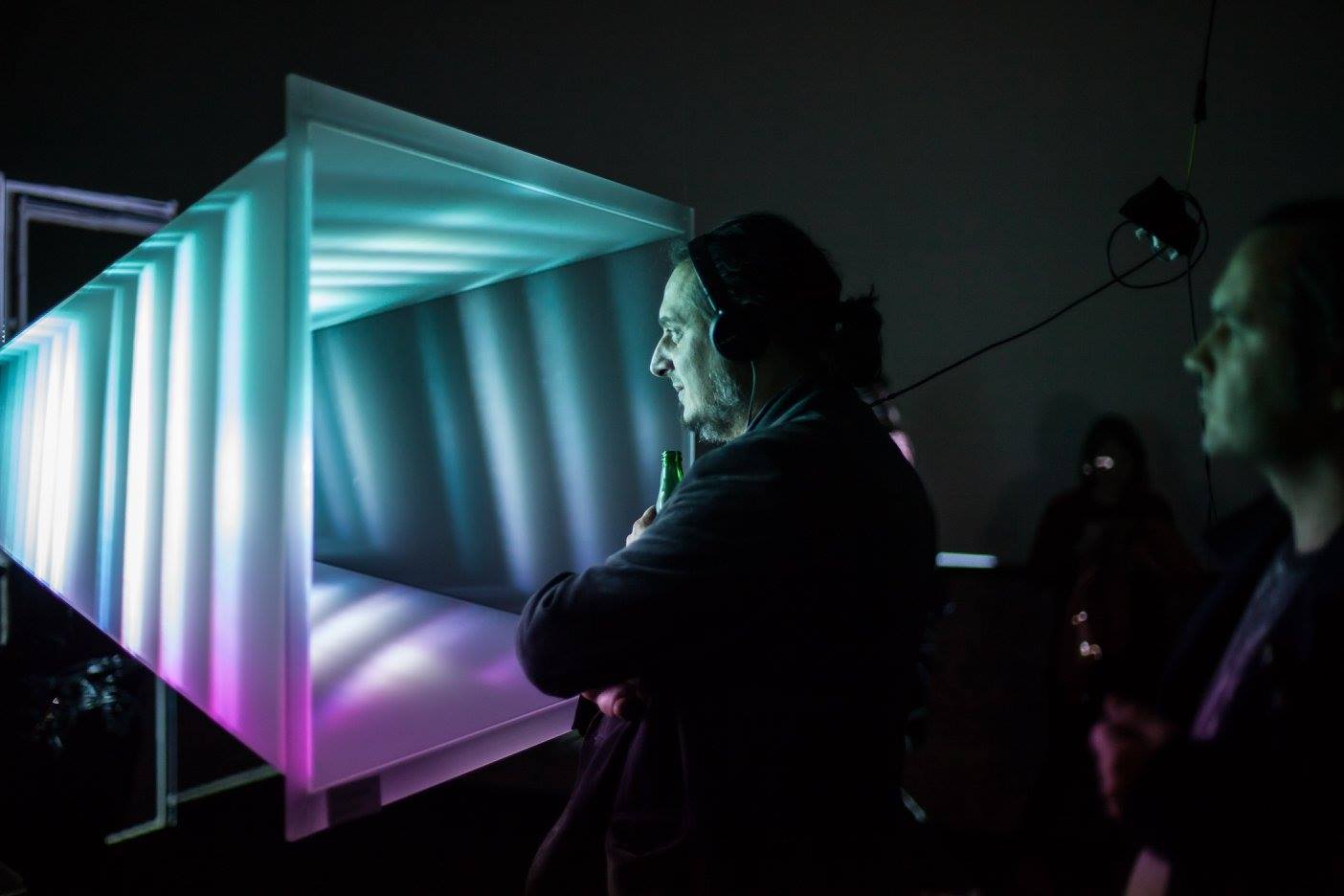 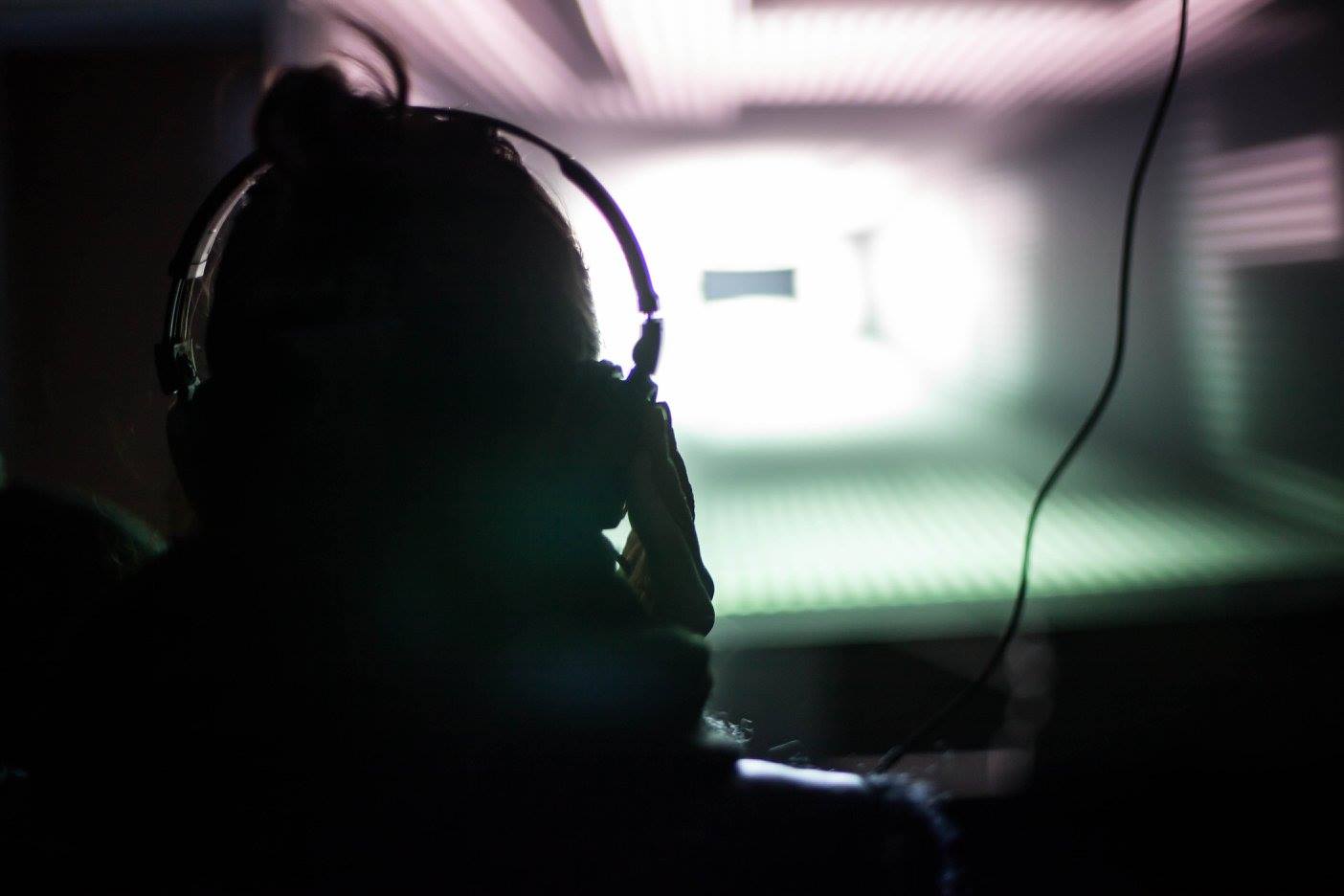 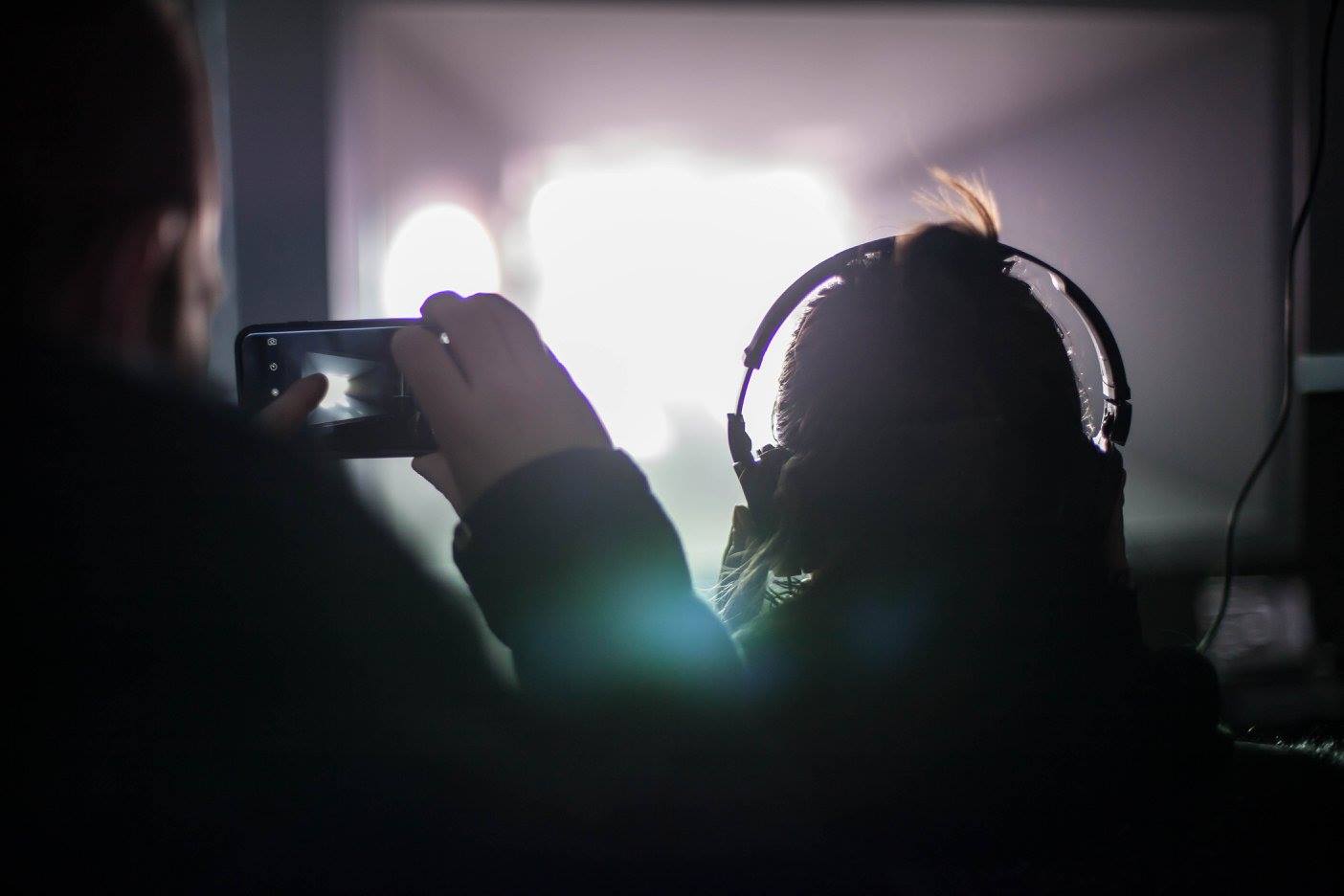 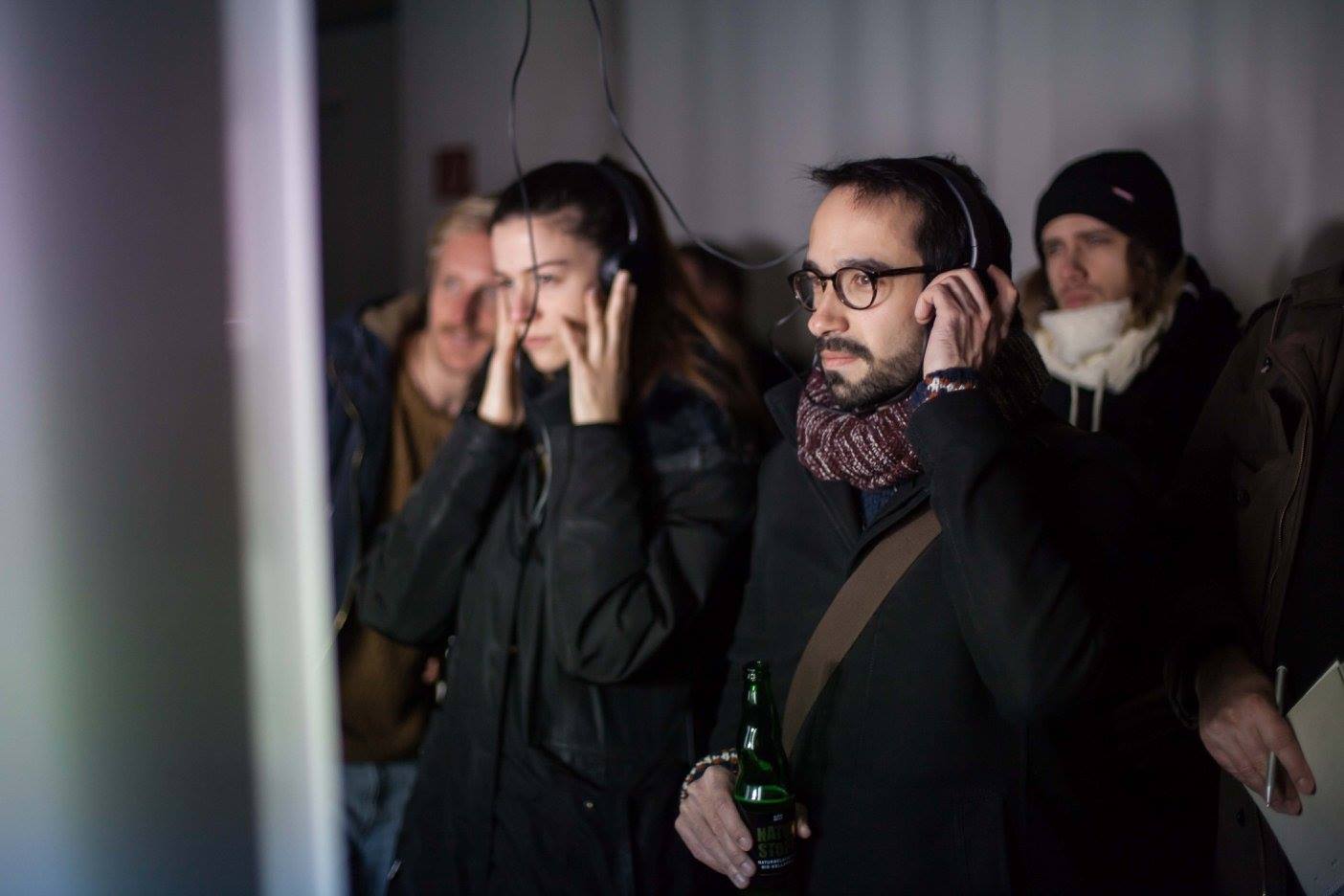